ReactJS is one of the trending and most happening UI frameworks. Developers love ReactJS, and It’s being appreciated and well received from the developer community.

React is a flexible JavaScript library that is both declarative and efficient for building new user interfaces. React allows you to design and develop complex UIs from very small and isolated pieces of code referred to as “components”. React has a lot of variants in its components offering. React helps with the reusable UI components’ creation. These components present data that alters over time.

React is a component-based library which is used to develop interactive UI’s (User Interfaces). It is currently one of the most popular JavaScript front-end libraries which has a strong foundation and a large community supporting it.


ReactJS is only a frontend library and not the whole framework, which deals with the View component of MVC (Model – View – Controller)

ReactJS is one of the trending and most happening UI frameworks. Developers love ReactJS, and It’s being appreciated and well received from the developer community. React was first created by Jordan Walke, a software engineer working for Facebook. React first deployed on Facebook’s newsfeed in 2011 and on Instagram.com in 2012.


React allows developers to create large web applications which can change data, without reloading the page. The main purpose of React is to be fast, scalable, and simple. It works only on user interfaces in application. This corresponds to view in the MVC template. It can be used with a combination of other JavaScript libraries or frameworks, such as Angular JS in MVC. 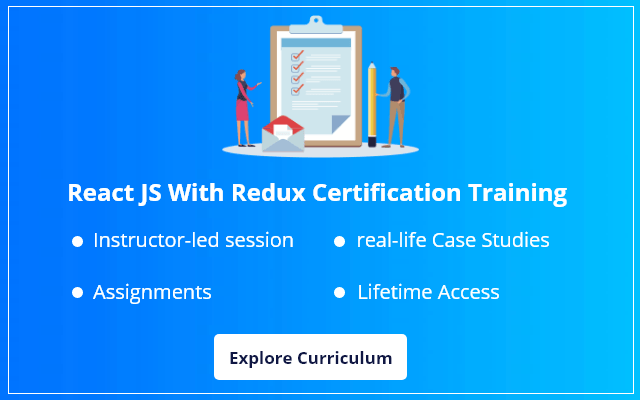